Richard F. Fried has been licensed to practice law for more than thirty years. 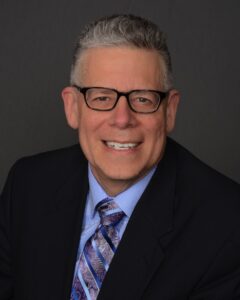 Richard F. Fried grew up in the foothills of rural Staten Island, New York, where he was a Boy Scout, delivered the New York Post on bicycle and happily flipped burgers at national chain restaurants.  His budding amateur musical career landed him a gig at Carnegie Hall with the Staten Island Borough-wide Band and a key position with the Wagner High School Marching Band.  Fried organized annual backyard carnivals to raise money for the Muscular Dystrophy Association (“MDA”) and ran a small but sophisticated publication known as Mastermind Magazine with his best buddies Glen, Eric and Mark.  Fried topped it all off serving as president of his high school fraternity.

But Fried wanted more!  Next he enrolled as an undergrad at the truly amazing Rutgers University and took to the field as a proud member of Rank A in the Rutgers University Marching Band, also balancing gigs with the RU Orchestra and RU Jazz Ensemble.  Taking some time to focus on his academics, Fried completed his B.A. in Journalism and Urban Communications.  After interesting careers as a radio announcer and commercial copywriter, and advertising sales representative for a chain of weekly newspapers in Brooklyn, while continuing to perform with the Rutgers Band Alumni Wind Symphony, Fried eventually found his way back to the family business–the practice of law.  His older brother Robert (“Bob”) Fried, JD, trained him in the obscure art of reading title abstracts, after which John Hall, Esq., a prominent Staten Island attorney, give him the golden opportunity to cut his teeth in the esteemed practice of real estate conveyancing.  After a fruitful stretch as a paralegal with the fabled Staten Island law firm of Hall & Hall, and then obtaining a real estate paralegal credit from St. John’s University courtesy of that same firm, Fried began studies at Western New England University School of Law in Massachusetts.  Fried met his wife in that small New England town and married shortly thereafter.  He obtained his Juris Doctor in Law in 1991.

Fried initially clerked for Judges in the Civil Division of the Superior Court of Connecticut, and started a small law practice and title agency in Massachusetts.  Music was never left out of the picture, as Fried spent time singing as a bass in the impressive Springfield Symphony Chorus where he served a stint as president.

Fried and his wife and three children next decided to seek out new challenges in the green hills of the Garden State (yes–New Jersey!).  After spending time at several busy law firms in East Brunswick and Edison handling divorce, real estate, bankruptcy, municipal court and estate matters, Fried opened his own practice in 2001.  Fried has proudly and gratefully represented clients from all walks of life, regardless of religious belief, sexual orientation, gender identity, national origin, political affiliation, ethnicity or skin color, in the law firm that bears his name (Richard F. Fried, Counselors at Law) for more than 20 years, and recently proudly accepted the role of grandfather!

Contact us in whichever way you find the most convenient:

Richard F. Fried, Esq. will assist you with your: 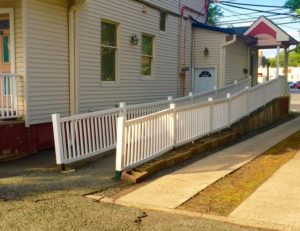 Our office is conveniently located at 61 Pearl Street in Metuchen.  We have a ramp for ease of accessibility as well. 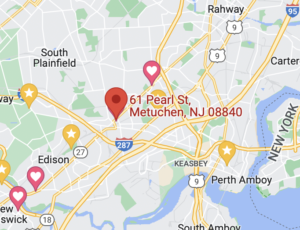